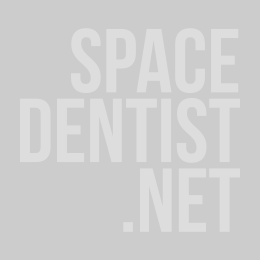 It has been years since the final episode of 120 Minutes on MTV2. I can now confirm that the axing of 120 Minutes was a clear indicator for the decline of music television. After it had gone, broadcast music television did not have much to offer for the music enthusiast, as also the rest of MTV2's original programming was taken off air. As we know today, this coincided with the internet becoming ever more important, developing into the integral part of music discovery culture that it is today. But having instant access to everything does not replace the most important aspect of an eclectic programme on tv like 120 Minutes was: curation. Music tv confronted you with new stuff. Instant new musical loves as well as those things that needed some getting used to before you came to appreciate them. Optimally served in small doses, mixed in a foundation of hyped tracks and treasured classics.

If you are among those who still miss the greatness of 120 Minutes, there is good news. MTV brings back 120 Minutes for a single night: Monday 5th May, 11pm on MTV Classic. This is following an even more important and interesting event, as 120 Minutes for the first time hits the cinema screen in East London. The Hackney Picturehouse is hosting a unique night of 120 Minute goodness on the 24th of April 2014. It includes a feature length set of videos, curated by the original programmers of 120 Minutes. The night continues as some of the show's talent from both on and off the screen make it to the stage in the cinema. Finally, a special tribute club night will take place in the cinema's event space, the Hackney Attic, as the show's original programmers get behind the decks.

I'm massively looking forward to it. Not only can I enjoy some 120 Minute quality music videos (and on a cinema screen... how cool is that?), but I will also be amidst people who miss the good days of music television as much as I do. Tickets are on sale now on the Hackney Picturehouse web site. This is strictly not to be missed.